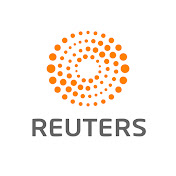 Five stories to know for June 25: 1. Rescue crews picked through tons of rubble looking for survivors after the collapse of part of an oceanfront apartment tower near Miami, where officials reported at least one person dead and nearly 100 missing. 2. Hours after President Joe Biden declared "We have a deal" to renew the infrastructure of the United States, the Senate's top Republican lashed out at plans to follow the $1.2 trillion bipartisan bill with another measure funding what Democrats call "human infrastructure." 3. Former Minneapolis policeman Derek Chauvin will be sentenced for murdering George Floyd in May 2020 after a trial that was widely seen as a watershed moment in the history of U.S. policing. 4. An indigenous group in the Canadian province of Saskatchewan said it had found the unmarked graves of an estimated 751 people at a now-defunct Catholic residential school, just weeks after a similar, smaller discovery rocked the country. 5. The U.S. government, once openly dismissive of UFO sightings that for decades sparked the popular imagination, is poised to issue an expansive account of what it calls "unidentified aerial phenomena," based heavily on observations by American military pilots. #Miami #Florida #BuildingCollapse #Infrastructure #JoeBiden #Democrats #Republicans #DerekChauvin #Canada #FirstNation #UnmarkedGraves #Indigenous #ResidentialSchool #UFO #Trending #US #News #Reuters Subscribe: http://smarturl.it/reuterssubscribe Reuters brings you the latest business, finance and breaking news video from around the globe. Our reputation for accuracy and impartiality is unparalleled. Get the latest news on: http://reuters.com/ Follow Reuters on Facebook: https://www.facebook.com/Reuters Follow Reuters on Twitter: https://twitter.com/Reuters Follow Reuters on Instagram: https://www.instagram.com/reuters/?hl=en
Aus der Quelle lesen

Chris Whitty takes part in a panel at the CBI conference – w...